We have a friend from NYS coming to visit this weekend and I must clean, clean, clean this dirty house.  In lieu of writing a post I will share photos from a bike ride T and I took the other morning on the east side of Lake Apopka, a large lake near us in Orange County, Florida.

There is a bike trail along that side of the lake and it is a good place to go if you want to see alligators in the wild. There are also snakes, bobcats, and coyotes living in this protected area around the lake. T has seen bobcats a couple of times. They are afraid of humans and run away when they hear us coming. It seems odd to me that there would be a public bike trail in a place with wild animals, but there is.

The animals seem to mind their own business. My hope is they perceive large fleshy creatures on wheels as too loud, fast, and big to bother with.  Sometimes I see people walking on this trail.  I don't think I would ever want to get off my bike there. I have a good healthy fear of predators.

First, here is my old man, T, biking up the trail in front of me. He is always way out in front, pedaling much faster than me. Now we have our smartphones with us so I if he gets too far ahead I can call him and tell him to slow down, for cryin' out loud! 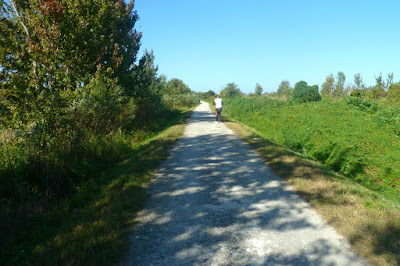 We were having a great time, the weather was beautiful. 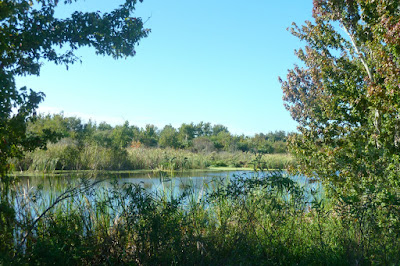 We saw an alligator’s head peaking out of the water.  Spotting an alligator is always exciting.  You can see it in the middle left section of the following photograph: 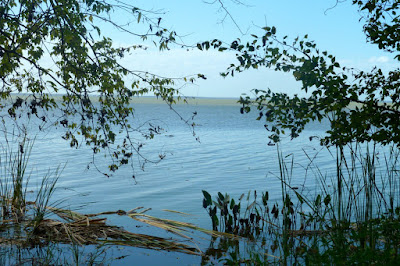 Here’s a cropped close-up in case you didn’t see the alligator's head in the first one: 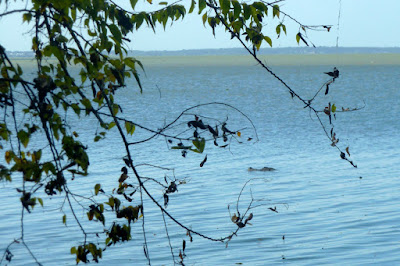 We came to a rustic picnic area that has an overlook into a cove. 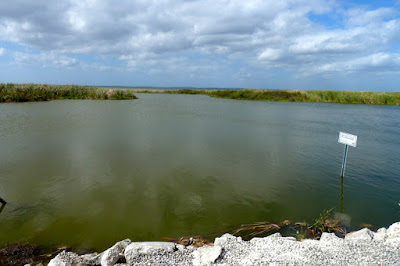 Are you wondering what the sign says? Here is a close-up. Believe it or not there really are people foolish enough to try and feed the alligators. We have seen people do it despite the fact that feeding alligators is illegal and can result in a hefty fine. Plus it is just stupid to get that close to one. 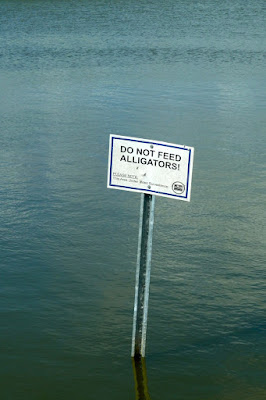 Later we came to a crossroad and saw an alligator sunning itself out of the water on the bank of a canal.  It is hard to make out in the photo but it looks like a long black log smack dab in the middle of the photo below: 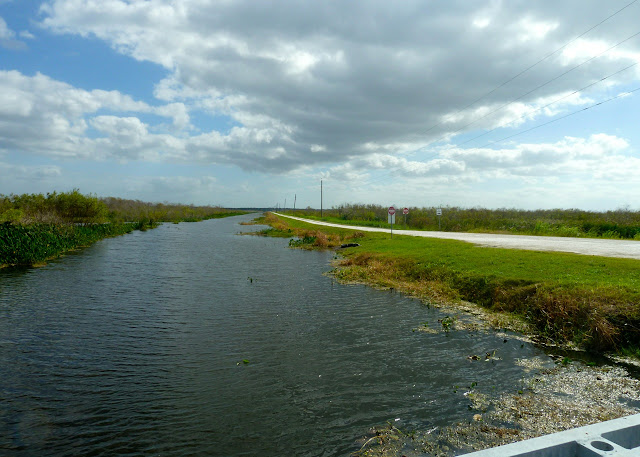 Here is another photo I took from nearly the same spot as the one above, but I took this one with my zoom lens, and then cropped the photo: 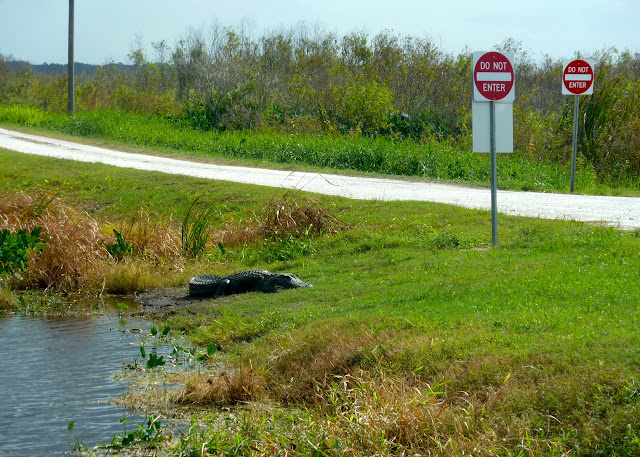 And finally here is the same photo even more cropped.  He seems to have curled his tail up around his body or he would appear much longer: 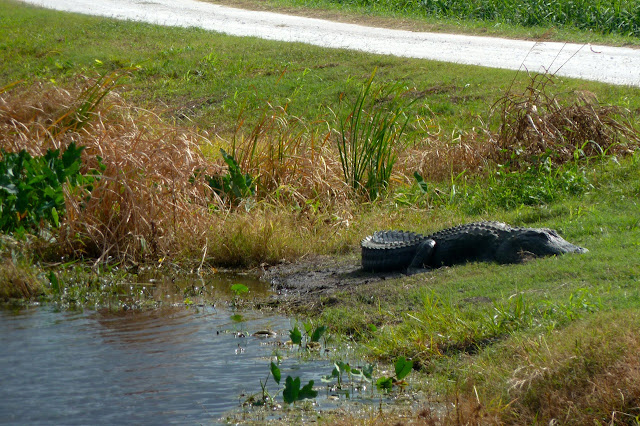 It looks like it was a good day to be an alligator.
Posted by Colette at 9:57 AM