I signed up for an online watercolor class. I paid $175 to take this 6 week class. Each Friday the teacher releases a new lesson with text, video, and assignment. The lessons are well thought out, well laid out, and I am learning things.

Learning things is the easy part, I find it hard (painful, even) to do the work. I want to skip school. I want to throw $175 away.  I also want to learn how to paint a damn apple.

Lesson 1: Fruit was released on a Friday. The following Sunday night, I still hadn't started the assignment. I keep my materials in a box. Before going to bed that Sunday night I put the box on top of my keyboard so when I woke up the next morning I would know I meant business.

Voila! The somewhat pathetic first step. The frame around the painting was required. It is not meant to be in perspective. It is just a frame, the instructor's whimsy, ostensibly to add interest. Surely I could do perspective if required? Right? Well, maybe. We'll see. 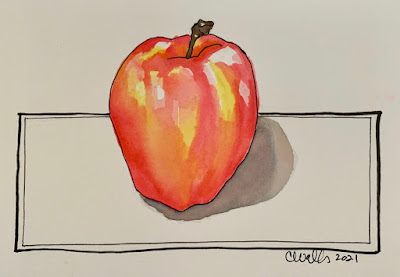 Today is Sunday again. I haven't started Lesson 2: Leaves. I can't believe I have to do this again.

I am happy, but weary to my very bones 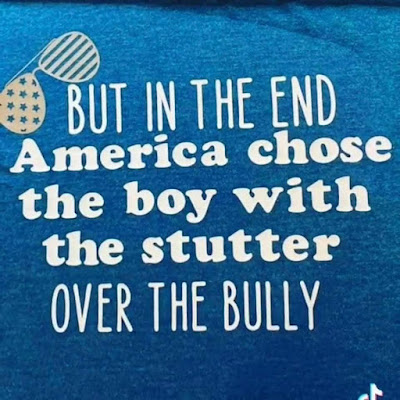 I know I should

I know I should write a post concerning my thoughts about yesterday's attempted coup/acts of sedition.  I want to, but I'm still a little shell shocked.  Let's see if I can spit something out. 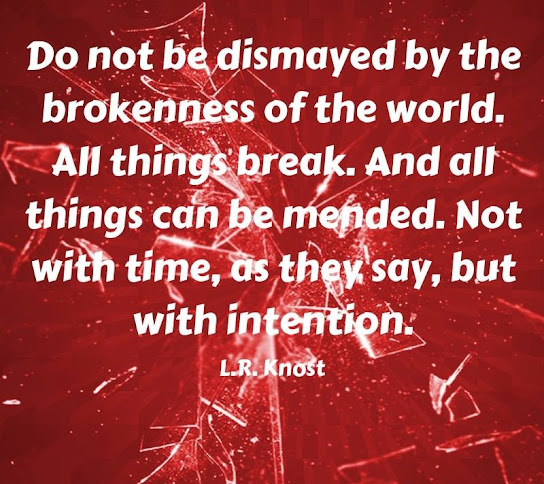 Ending 2020 on a positive note

Here are some photos I took at Lake Apopka in Central Florida in the last days of 2020. 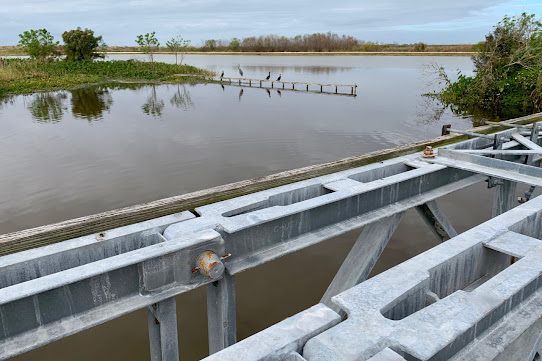 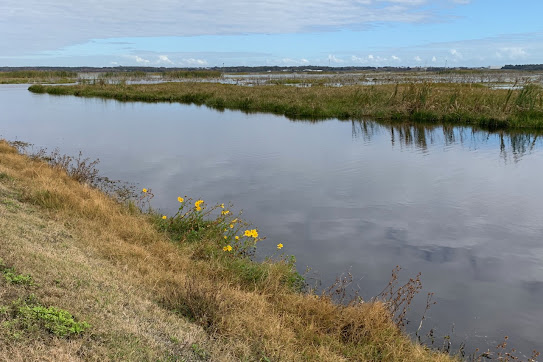 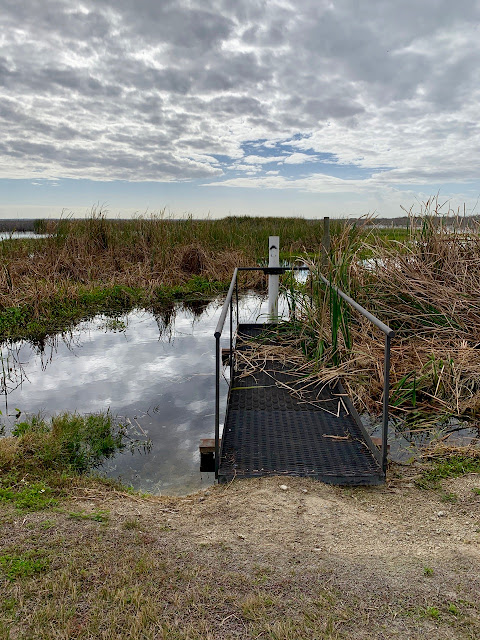 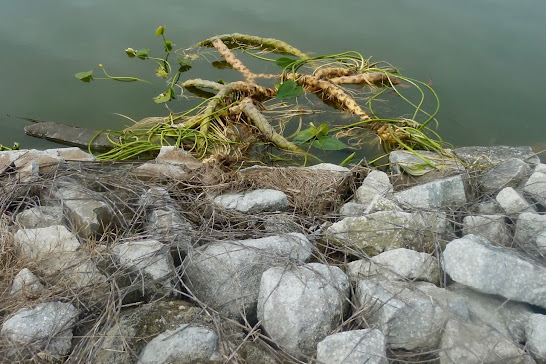 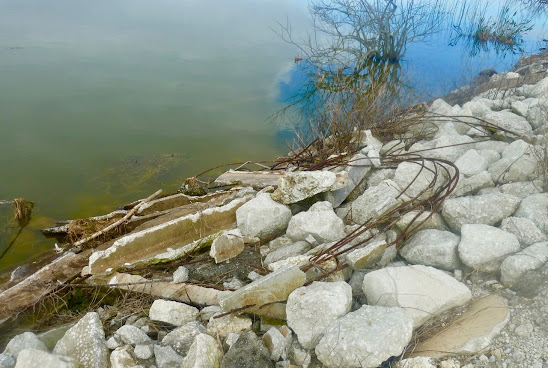 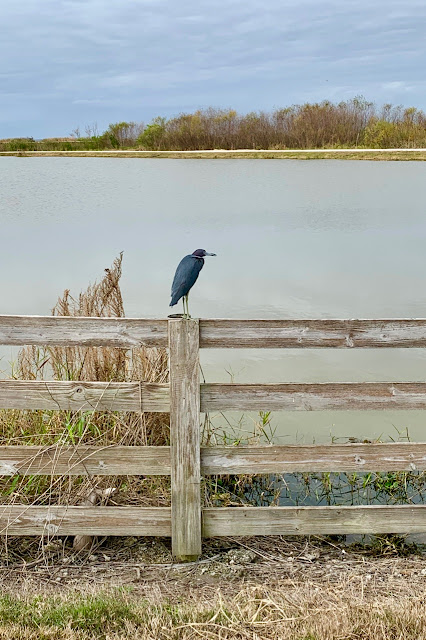 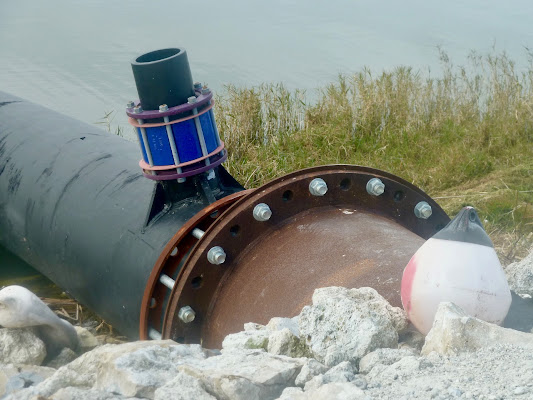 Email ThisBlogThis!Share to TwitterShare to FacebookShare to Pinterest
Labels: photography

50 years ago, Tom and I moved in together.  We had no money, jobs, skills, or education. In fact, at 19 years-old we had hardly any brains at all!

When we decided to give it a go we had been an on again, off again couple for two years; never exclusive, rarely in the same city at the same time. I was indulging my creative imagination, seeking revelations, finding my self. Tom was a traveler, a hitchhiker, an adventurous Lost Boy. We were perfect for each other!

Ours has been an alternative love story, complicated and edgy. It isn't a simple romance, or even a particularly appropriate tale to tell young, impressionable grandchildren. The late 1960s and early 1970s were outside of time for some of us. But for crying out loud, we beat the odds. 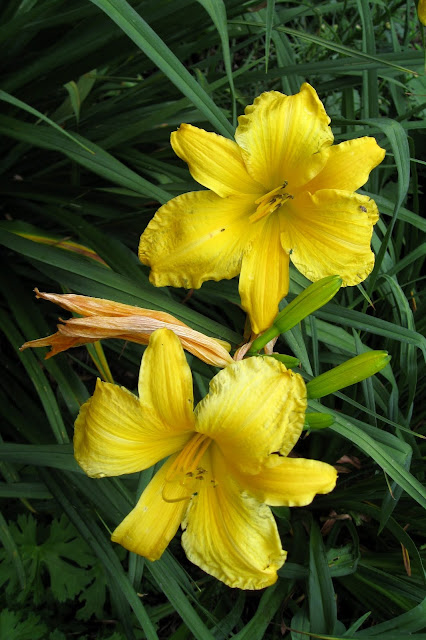 Certain of my mother's grandparents came from Germany. Mom grew up in a home where German was still spoken. In later years, when Mom was especially frustrated, she would let loose with a heartfelt "Mein Gott im Himmel." Hearing my mother speak German gave me pause. It didn't happen often because she only remembered a few phrases her father used.  Now I only remember this one.

Oh wait, she also said "Ach du lieber" or something like that. Again, there were strong emotions involved. Maybe there's more. I should consult my memories. They are all there, somewhere.

I have written before about my mother decorating the tree. Her father put the tree up on Christmas Eve, after the children went to bed. Waking up to a shining tree was the ultimate magic of her Christmas morning. They used real candles, so Grandpa got up early to light them before waking his Katholisch horde.

That's how it is with me and Christmas. I have my memories and I store my mother's, too. It seems I save some of her father's Christmas memories, as well.  I'm a computer hard drive. A storage unit. Mnemosyne, daughter of Heaven and Earth.  Mother of the Muses.

I would rather be Demeter so I could sleep all winter long.

I love and hate Christmas

I love colored lights! The Surly Republican across the street goes all out decorating and illuminating his house. Every night I open the door and walk out on my porch to savor the display. I told him I enjoyed it. He barely answered, didn't make eye contact, and walked away. Sucks to be him.

Going through ornaments and thinking about the why or the who is always a profoundly moving experience. I hold them in my hand, thinking hard about people who gifted them to us.

I enjoy giving presents. I realize gift giving is a poor excuse for showing love, but when it comes to that particular emotion I throw caution to the wind.

I'm heartened by the softening of hearts, opening of wallets, and end-of-the-year donations to the poor. I wish we were always open hearted, but at least we have this season to remind us how good generosity feels.

OMG! Consider the yummy cookies and scrumptious meals we only make at Christmas. These foods are precious because of their limited availability.  I'm like a little kid. I can't wait!

I hear from so many loved ones my heart nearly bursts. Wide open. Phantasmagorical blood spurting everywhere, y'all.  Ouch.

Which brings me to the "hate" part of Christmas. I am emotionally overwhelmed. The stress of buying the right presents sets my head spinning. And I worry about eating and drinking too much over the next 3 weeks. Because I will. 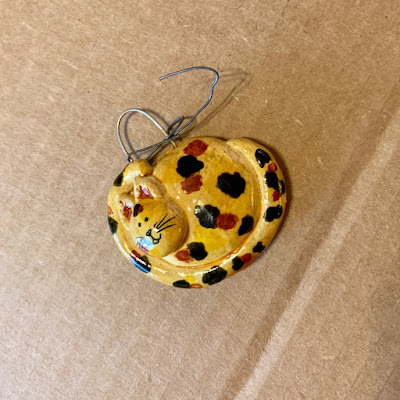 Find your voice.  Make it heard.

In the words of the great Maggie Kuhn: 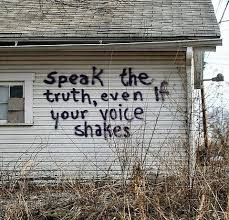 Blogging has many challenges.  One is circumventing the cultural nuances of colloquialisms.  I'm not one to be too careful about what I say.  I often think I'm funny, and laugh loudest at my own jokes.  Sometimes I'm the only one laughing.  Not a problem for me.  However, I need to remember that words and phrases that resonate with my friends in Indiana, New York, or Florida have different connotations in other places.

Recently I responded to Robbie at Tone Deaf.  He is sometimes outrageous and hilarious, often prone to honest self-reflection, and almost always British.  His post was hilarious.  I commented "I don't even know what to say."

In the context of my life and reactions to others, that was a compliment of sorts.  It translates roughly to "I surrender," or "okay, you win."  In real life it would likely be said to my brother "Big D" with one hand on my hip, and one eyebrow raised.

I think Robbie thought I was scolding him.

We learn so much from each other.

I love the sound of breaking glass!