My grandson turned 6 earlier this month and I had the great privilege of making his birthday cake. He watches a goofy cartoon called Phineas and Ferb. They are two young boys who have a pet platypus named Perry. Perry is also a secret agent, so he has two cartoon personas.

When Perry is a pet he looks like this:

When he’s a secret agent, he looks like this: 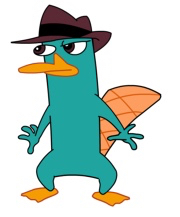 For his birthday, I made a Perry cake that looked like this: 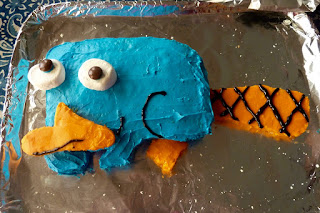 Being able to do these "Grandma things" reminds me of why I moved to Florida from New York State. I made a hard choice that I sometimes bemoan, but never regret. Still, there are things I miss. I think that's fair.

Today I miss iris reticulata, an early spring "bulbous perennial" we grew in NYS. It would not be blooming right now, all things still being covered in heavy snow up there.

Reticulata are a harbingers of spring; a reminder that beauty and love endure through even the coldest, darkest months.

Our reticulata were blue. Not teal like cartoon Perry, not neon blue like my Perry cake, but the color that passes as blue in the plant world. Aren't they pretty? 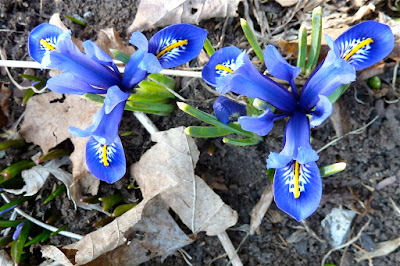