As much as I enjoy looking at cars, drawing them and coming up with a reasonable drawing to paint has been hard. In fact, I feel like a drafts(wo)man rather than an artist. I have new respect for car designers.

I have finally finished a drawing (one of many) that I felt I could live with. After working, and reworking it I inked the outline and then used my light box to lightly trace the inked drawing on to watercolor paper. I thought there was no way I was going to try and draw it again.

My first drawing has resulted in a car with a "droop snoot." Compare the photo I drew it from (on top) with the drawing underneath. The nose pulling pulling down. The tail fins aren't long enough. Obviously I will have to do draw it again. Sheesh. I WILL finish this. I'm almost sure of it.   But, this isn't nearly as much fun as drawing flowers. 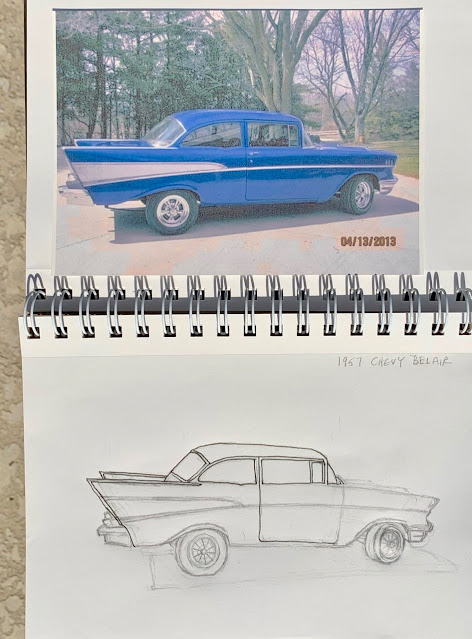