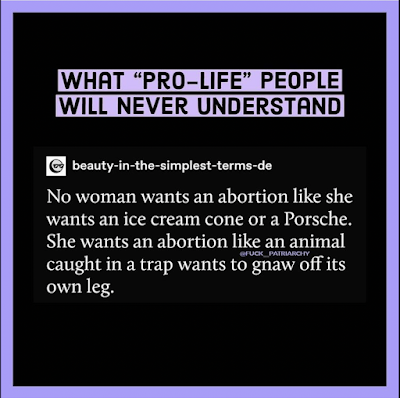 Please don't tell me that it's a woman's fault if she gets pregnant and she should pay the price. Believe what you want, but I think that particular belief is short-sighted, mean-spirited, and lacking complexity.  I don't want to hear it because it doesn't ring true.

Don't tell me that a pregnant woman can always give her baby up for adoption. Have you ever put your young life on hold, carried an unwanted fetus for 9 months, went through labor and delivery and then gave it up to strangers at birth?  I know some of you have. If so, I will listen to your story with compassion and empathy. I will listen to your story over and over again, because I know you need to tell it. There are situations where a woman chooses to do this, and it is the best thing for her and the child. Her choice, because there are as many "best situations" as there are pregnant woman.

Don't tell me that a fetus is a human being from the moment of conception. I accept that you believe this, but I don't. Beliefs are not facts. Up until the mid-19th century even the Catholic Church allowed abortions until the baby quickened because that is when they determined the fetus was ensouled. Then the Fathers of the Church changed their mind, because they can do that. Dogma is an enforced belief system.

I'm not saying you shouldn't believe your religious or political dogma.  It is your choice, and I trust you to make the best choice for yourself. You have that right. We all should. 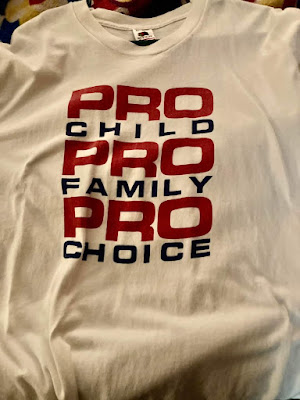